More than $75,000 worth of bicycles and cycling supplies arrived in Armenia on March 27, 2010 as a follow-up fundraising drive to the inaugural 2009 Granville Homes Tour de Fresno Charity Ride. The ride was organized by the Armenian Technology Group, Inc.(ATG) / Bike for Hope and Fresno County Bicycle Coalition (FCBC) and took place in Fresno on Saturday, September 19, 2009.

Through financial and in-kind donations to the ATG BikeForHope program held in Los Angeles and later following the Granville Home Tour de Fresno Charity Fun Ride, ATG secured new racing bicycles, cycling components, biking supplies and clothing for the Junior Olympic School of Cycling in Yerevan. The equipment has a retail value of $75,361.00.

The supplies were shipped from US to Armenia courtesy of the UAF. They were entrusted to the supervision of the world-renowned cycling coach, Albert Soloyan, who will oversee the training of over 250 teenagers, as they prepare for the Olympics and other competitions.

“It is our hope that this after-school program will help restate and promote a healthy life-style among the children and the youth in Armenia,” said Varoujan der Simonian, executive director of ATG.

The donated cycling supplies have a special meaning to Hrach Gevrikyan, proprietor of Velo Pasadena and Velo Studio of Burbank who assisted ATG during this drive. Hrach, spearheaded the campaign to acquire, gather, itemize and box the items prior to their shipment to Armenia.

“I cannot forget what Albert Soloyan and the Cycling School in Armenia has given me when I was growing up. They are part of my daily life wherever I am,” said Hrach.

As a youngster, Hrach was trained under Mr. Soloyan, who had coached Hrach to win thirteen-time cycling championship of Armenia prior to migrating to United States.

Sign Up for Our Email Newsletter
11th Annual Sponsor 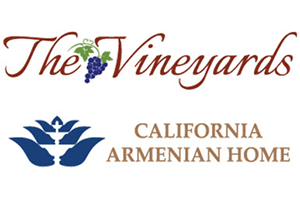